— by chanting of Hare Krishna, Hare Krishna, Krishna Krishna, Hare Hare/ Hare Rama, Hare Rama, Rama Rama, Hare Hare — is the sublime method for reviving our Krishna consciousness. As living spiritual souls we are all originally Krishna conscious entities, but due to our association with matter since time immemorial, our consciousness is now polluted by material atmosphere. In this polluted concept of life, we are all trying to exploit the resources of material nature, but actually we are becoming more and more entangled in her complexities.

This illusion is called Maya, or hard struggle for existence over the stringent laws of material nature. This illusory struggle against the material nature can at once be stopped by revival of our Krishna consciousness.

This chanting of Hare Krishna, Hare Krishna, Krishna Krishna, Hare Hare/ Hare Rama, Hare Rama, Rama Rama, Hare Hare is directly enacted from the spiritual platform, surpassing all lower states of consciousness — namely sensual, mental and intellectual. There is no need of understanding the language of the mantra, nor is there any need of mental speculation nor any intellectual adjustment for chanting this maha-mantra. It springs automatically from the spiritual platform, and as such, anyone can take part in this transcendental sound vibration, without any previous qualification, and dance in ecstasy.

The word Hara is a form of addressing the energy of the Lord. Both Krsna and Rama are forms of addressing directly the Lord, and they mean "the highest pleasure, eternal." Hara is the supreme pleasure potency of the Lord. This potency, when addressed as Hare, helps us in reaching the Supreme Lord.

The material energy, called as Maya, is also one of the multipotencies of the Lord, as much as we are also marginal potency of the Lord. The living entities are described as superior energy than matter. When the superior energy is in contact with inferior energy, it becomes an incompatible situation. But when the supreme marginal potency is in contact with the spiritual potency, Hara, it becomes the happy, normal condition of the living entity.

The three words, namely Hara, Krishna and Rama, are transcendental seeds of the maha-mantra, and the chanting is a spiritual call for the Lord and His internal energy, Hara, for giving protection to the conditioned soul. The chanting is exactly like a genuine cry by the child for the mother. Mother Hara helps in achieving the grace of the supreme father, Hari, or Krishna, and the Lord reveals Himself to such a sincere devotee.

Founder Acarya of the International Society for Krishna Consciousness

In 1965, at the age of sixty-nine, Srila Prabhupada traveled to New York City aboard a cargo ship. The journey was treacherous, and the elderly spiritual teacher suffered two heart attacks aboard ship. Arriving in the United States with just seven dollars in Indian rupees and his translations of sacred Sanskrit texts, Srila Prabhupada began to share the timeless wisdom of Krishna consciousness.

His message of peace and goodwill resonated with many young people, some of whom came forward to become serious students of the Krishna tradition.  With the help of these students, Srila Prabhupada rented a small storefront on New York’s Lower East Side to use as a temple.

On July 11, 1966, he officially registered his organization in the state of New York, formally founding the International Society for Krishna Consciousness. 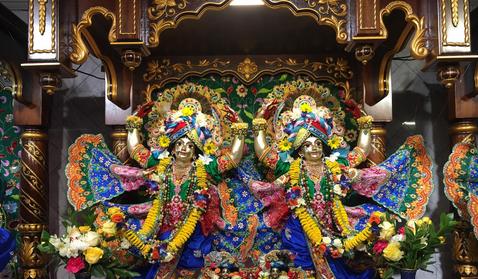 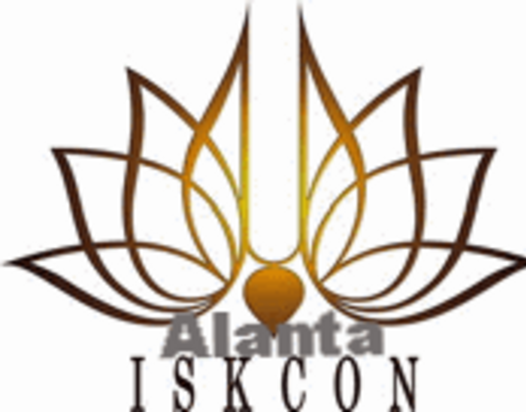 The Temple was first located on 13th Street in the Mid-Town Atlanta area before acquiring its present location at 1287 S. Ponce de Leon Ave in 1972. 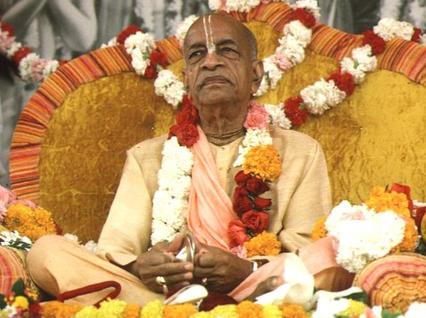 spiritual knowledge to society at large and to educate all people in the techniques of spiritual life in order to check the imbalance of values in life and to achieve real unity and peace in the world.

consciousness of Krishna (God), as it is revealed in the great scriptures of India, Bhagavad-gita and Srimad-Bhagavatam.

03. To bring the members of the Society

together with each other and nearer to Krishna, the prime entity, thus developing the idea within the members, and humanity at large, that each soul is part and parcel of the quality of Godhead (Krishna).

04.  To teach and encourage

the sankirtana movement, congregational chanting of the holy name of God, as revealed in the teachings of Lord Sri Caitanya Mahaprabhu.

05. To erect for the members and for society

at large a holy place of transcendental pastimes dedicated to the personality of Krishna.

06. To bring the members

closer together for the purpose of teaching a simpler, more natural way of life.

achieving the aforementioned purposes, to publish and distribute periodicals, magazines, books and other writings.