On December 22, 1972, devotees in Los Angeles noticed that stores in the area were staying open until midnight, and still attracting fervent Christmas shoppers intent on spending their money. Why not give them spiritual gifts? Devotees began to distribute books and magazines with healthy competition, vying for prizes the leaders had set for them.

At 10 p.m., exhausted after a long day, Ramesvara Dasa felt confident that he d won. He had stayed out later than anyone had before, and had distributed 650 magazines a big day before had been twenty-five to forty. But when he got back to the temple at midnight, he was astonished to find it empty. Without consulting each other, everyone had spontaneously stayed out as late as possible to sell more books than ever before. They didn t realize that they had just begun the first ever Christmas Marathon.

The Marathon lasted only three days, from December 22 24, but devotees sold five to six thousand books each day. Prabhupada was delighted at this news and wrote to Ramesvara: By this effort alone, all the book distributors are assured to go back home back to Godhead. The letter and its dramatic statement authorized the Christmas Marathon and sent book distribution to a new high. 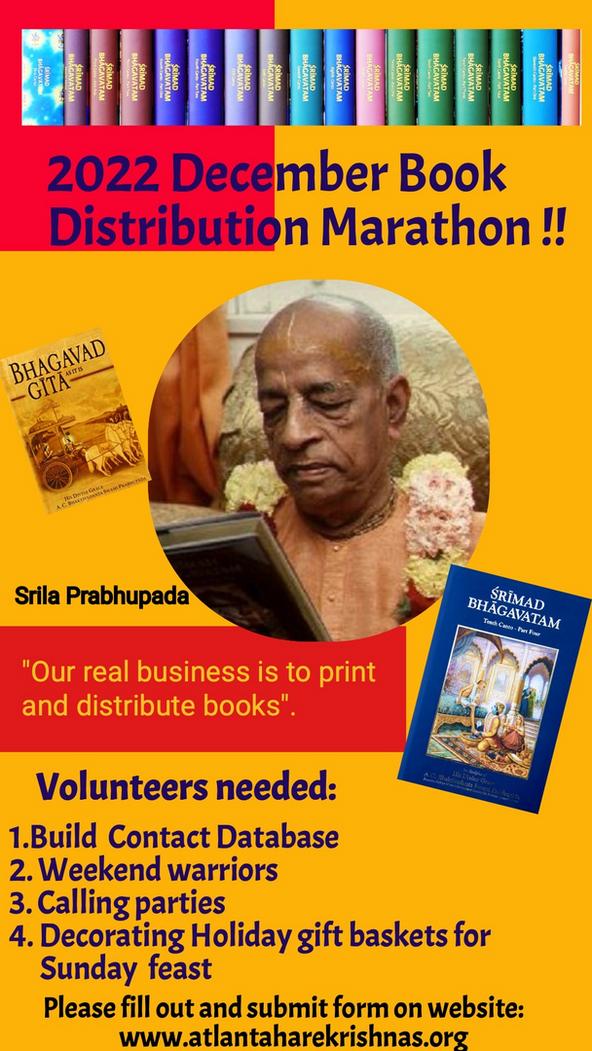